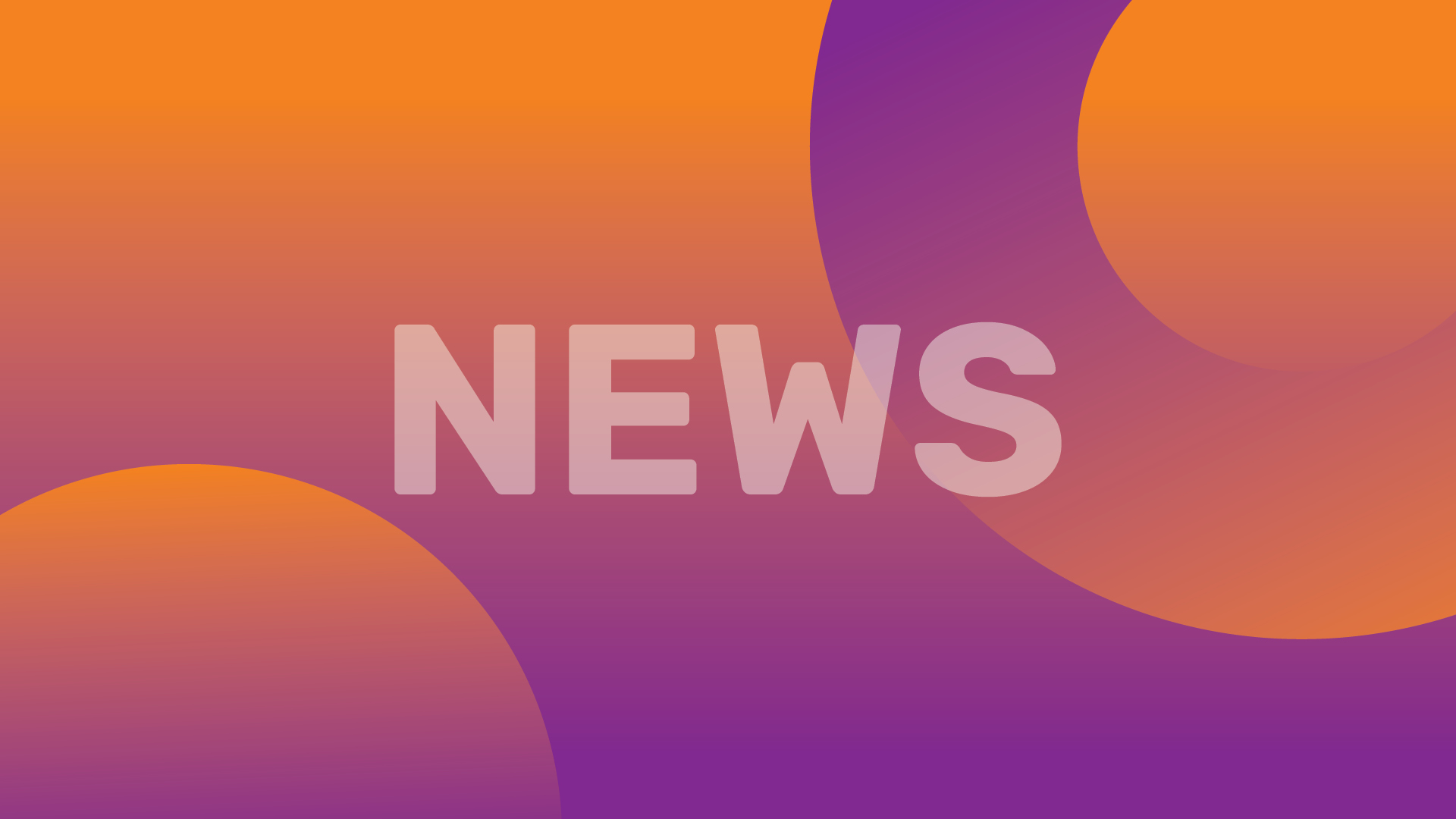 January 23, 2020. Manila, Philippines. Indian-born Maulik Parekh became, at the age of 39, one of the youngest CEOs to lead a Philippine-based organization with an international coverage when he joined SPi Global, now known as Inspiro.

It’s an equally astounding feat, given that Parekh has taken Inspiro, a global contact-center enterprise, to the heights of local business-process outsourcing (BPO) industry leadership.

The road that took him to the Philippines was pretty straightforward, Parekh tells Envoys&Expats. In landing a job in 2001 at Dish Network, one of America’s biggest satellite TV providers, his first task was to look for a location outside the United States to establish its first international customer service center.

Parekh remembers, “After going through eight different countries as part of the search process, it became obvious to me that [this country] was my top choice. When I came back to the US, I recommended the Philippines to our board. The CEO at that time told me: ‘Thank you for the recommendation. Now make it happen.’”

INSPIRO CEO Maulik Parekh: Malasakit will always be one of the most empowering and endearing traits in any technology-driven industry.

He did exactly that, first with PLDT, which was then looking for a partner to get into the BPO sector. After five years of fruitful partnership with the local telecommunications giant, he joined Teletech in the US, which sent him back to the Philippines to help run its local operations.

The three months of his assignment became three years of helping grow the US-based BPO’s Philippine operations—from 6,000-people strong in 2006, to 22,000 by the time he left the company in 2009.

While on a sabbatical hiking in the Himalayas, PLDT Chairman Manuel V. Pangilinan came calling for Parekh to join the PLDT group. The latter eventually joined SPi Global which, through two corporate transitions, had led him to Inspiro, where he now leads as CEO.

THE expat executive is, likewise, celebrating 10 years with Inspiro, and is keen on sharing lessons drawn from what he considers his “most remarkable decade—so far.”

He says that the future of leadership is something that fascinates him nowadays. The fact that by 2025, almost 75 percent of all employees will be millennials, while new technologies that will reshape the workplace has inspired him to work out the next paradigm shift for future leaders.

The initiative to share and discuss his vision of the qualities of an effective future leader draws from a personal realization that his own path as a “Gen X’er” to leadership will be very much different from the trajectory that millennials will take.

Parekh believes that future leaders will require “re-braining,” a process of unlearning everything about leadership and reprogramming to an altogether different business landscape in the coming years.

In a recent talk with 600 Gen X leaders, his conceptual framework of the leader of the future boiled down to three elements. In true, social media-era fashion, the BPO exec outlined such into the following:

First, there’s #NeverArrive. According to Inspiro’s CEO, “To remain relevant as a leader in the next 20 years, you should never tell yourselves, or others that you have learned everything that you need to learn. You should rather come from a place of, ‘What else can I learn today?’ Never come from a place that you’re done, or that there’s nothing more to learn.”

Second is, #IMoveMyCheese. Basically a play on the title of a popular management book, it means that, instead of waiting for the world to move one’s “cheese” and feel crushed when somebody else actually repositions it, Parekh wants a potential leader to learn instead to anticipate and prepare for the changes that are about to hit.

“Move your own cheese, and be a catalyst for change,” he exhorted.

The third element is #Malasakit. The local BPO executive is hopeful that even in a future world filled with artificial intelligence and chat bots, people will always—and more so in this digital age—crave for the genuine human connection.

To him, malasakit will always be one of the most empowering and endearing traits in any technology-driven industry.

FOR many, Parekh is a bit more of a Filipino than meets the eye when he talks about the value of malasakit. To him, it is the foundational element of the culture he’s building in Inspiro, including its locations in the United States and Nicaragua. He has seen the trait work wonders—something that has encouraged him to extend his stay in the Philippines for the longest time.

So passionate is the Inspiro chief executive about malasakit that he actively shares his thoughts about it whenever he is given the opportunity to do so. He relates, “Every time I have a chance to talk to young people, [those] who are just starting with their individual careers in the industry, I always begin by asking: ‘How many of you would like to be in my shoes one day, or to rise from being an agent or team leader, to a director or vice president?”

He further breaks down malasakit;   thus, “It’s a simple relationship equation that I have seen work for me, as well as for many other leaders in our organization, and in other organizations, as well. Coming from a place of genuine care and concern for others, your employees, your co-workers, your clients, your partners, your vendors, it leads to something magical.”

“Because if you have malasakit, if you genuinely care about what you do,” the CEO emphasized, “you would not tolerate politics at work. You would not allow favoritism, [and] you would not create an environment where people feel they are in a game of thrones.”

To him, the essentials of malasakit can be felt in other nationalities as well. As he pointed out, it’s just that the basic sense of it is already present in most Filipinos. The leader, he said, needs to harness the innate trait at work and share it with others to let the “enchanting powers of compassion spread all around.”

Embodying his version of malasakit, Parekh gives leadership talks mostly to BPO-industry people as his “personal CSR.” An estimated 10,000 participants have attended his series of leadership talks. It’s his way of giving back to a country that has been very kind to him professionally, and personally.

NOW 20 years in the country, Parekh treasures the Philippines beyond the fact that it has given him the opportunity for a meaningful work.

“Personally, I was just taken by the real, genuine warmth of the Filipinos,” he shared. “They made me feel right at home right from the start.”

Through two decades in the country, Inspiro’s CEO championed the Filipino in the BPO industry, and in every opportunity presented to him.

“Between 2001 and 2010, this country was filled with expats who came here to teach Filipinos how to run a BPO business,” he narrated.

“From 2010 onward, after an intense phase of learning, and growing, tables have turned. Filipinos now have become among the best BPO executives the world has to offer.”

Parekh narrates of his company’s homegrown qualities. “At Inspiro, we take pride in the fact that our global work force in the Americas is all led by Filipino leaders. Our DNA is Filipino, and we have taken that imprint to the rest of the world.”

Described by colleagues as a true, inspiring leader who nurtures and brings out the best in each employee, the Indian national has been honored with the Best CEO and Expatriate Executive awards.

Together with his core of managers, his leadership stints in organizations here and abroad have led to Best C-Suite Team and Best Management Team accolades.

His 20-year stay (and counting) has also turned Parekh into a staunch advocate of the Filipino talent, rallying behind the grand vision that Filipino leaders can be recognized at the forefront of global businesses and enterprises.

Happily married to a Filipina, Parekh considers the Philippines as his home. He expounds: “[This country] has been a part of my life for the past 20 years. I didn’t dream of that when I was growing up but, obviously, I had some good karma. If you have good karma with certain people or a land, you’d be spending some time with them.”

Thus, declared Parekh: “I have spent half of my professional life with Inspiro, and I would not have found a better group of people, and a better country, to spend some of the best years of my life.